The 18 steps are broadly grouped into four overarching areas. First, the Initial Foothold must be gained. This section covers the steps taken to compromise a single system within a target, and includes 8 of the steps—more than any subsequent stage. Beginning with Reconnaissance, Weaponisation and Delivery, as did the Cyber Kill Chain, it adds distinct steps for Social Engineering and Persistence, along with Exploitation, Defence Evasion and Command & Control.

After this comes the Network Propagation: Office Environment phase, where the attacker attempts to pivot from their compromised system to other, juicier parts of the target’s environment. It comprises the steps of Discovery, Privilege Escalation and Execution, as well as Credential Access and Lateral Movement—an attacker shifting from one compromised system to another. The third stage is Network Propagation: Critical Infrastructure, which repeats the same steps as the previous one, but represents the point at which an attacker has found their way from an innocuous initial compromise—the receptionist’s desktop, say—to a critical part of the network—the business’ data storage, perhaps.

Lastly comes the Action on Objectives: Critical Asset Access stage. This represents the attacker having hit the jackpot, gained privileged access to a part of critical infrastructure and performing their initially-planned task. This could be the exfiltration of sensitive data to a server controlled by them, or perhaps just its deletion. Perhaps this could be a cyber-physical attack, as in the Stuxnet attack on Iran’s nuclear centrifuges in 2010. Perhaps it’s just the installation of a backdoor, to allow them easy access again in the future. In the model, the steps are codified as Collection, Exfiltration, Target Manipulation and Objectives.

The main advantage of the way the Unified Kill Chain is laid out is in the use of repetition. Whereas the Cyber Kill Chain suggests a step 1, 2, 3 approach to attacking, the Initial Foothold, Network Propagation and Action on Objectives stages of the Unified Kill Chain are presented as loops that may, eventually, move on to the next stage. This better captures the actual behaviour of an attacker, who is likely to spend a lot of time attempting to gain that initial foothold and comparatively less actually doing what they came to do.

In the next part of this series, we’ll look into the Initial Foothold stage in more depth.

Partners& is a challenger brand within the insurance and risk-management sector; as a values-driven business, and with over 35 years of industry experience, they are on a mission to be the finest risk advisory in the UK.

How To Optimise Your Cyber Awareness Training

The Back Story Before the working-from-home era, most of cyber security activities were restricted within the perimeter of the office

The Rise of Education-Targeted Ransomware Attacks

After a decline, ransomware attacks seem to be making a comeback. This statistic cuts across all sectors even though it 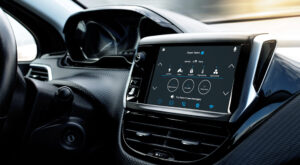 The rise of automotive hacking is in full force, with many advanced vehicles discovering wireless and other cyber vulnerabilities. This

How To Optimise Your Cyber Awareness Training

The Rise of Education-Targeted Ransomware Attacks